Keep on Moving into a Healthy Old Age

You may be giving up work and planning to take things a little easier but advice from medical experts is clear – don’t retire to the couch!

As more and more of the Baby Boomer generation is reaching retirement age, doctors are urging them to stay fit and active in order to enjoy their ‘after work’ years.

While many people who would like to take on more exercise, they are held back because of pain in their knees, hips, back or neck.

This creates a vicious circle of reduced exercise leading to deteriorating health which, in turn, leads them to giving up things they love such as, gardening, golf, tennis or simply walking in the countryside.

In many cases, physiotherapy or low-level pain management can get them back in action but sometimes surgery is the answer.

In this article surgeons from Spire Little Aston Hospital in Sutton Coldfield look at a range of problems and the procedures that could help people get back into an active and healthy lifestyle. 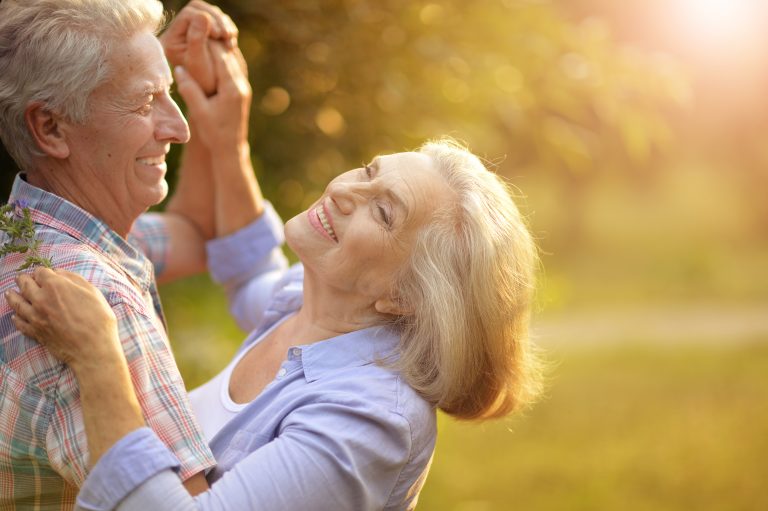 Back pain affects so many people
Health statistics show that one in three adults in the UK will be affected by back pain at some stage in their life.

For some, treatment can be as simple as a course of anti-inflammatory medication or even a period of rest and gentle exercises, but for others, the problem can be debilitating – leading to long-term absences from work, depression or even permanent disability.

Mr Faizul Hassan, a Consultant Spinal and Neuro Surgeon, says that patients could get stuck in a Catch 22 situation where the pain prevented effective physiotherapy and the problems simply got worse.

He explained that interventions and injections could produce very effective pain relief which would then allow the patient to move on to physiotherapy and, hopefully, a return to full or almost full fitness.

“The most common cause is muscular pain or non-specific back pain. Degenerative spine is the second most common cause while other major causes are nerve root compromise (sciatica) and post spinal surgery pain.
“Although back and neck pain is more common in older adults, I have successfully treated otherwise very fit and active patients in their 20s and 30s and thirties,” he said. “Unfortunately no-one is immune to developing back problems.”

He explained that targeted injections, where medication is delivered directly to the affected area of the body have proved very successful. This sort of procedure also avoids the need to prescribe pain-relieving medications, which can also affect other parts of the body.

“However, there are certain “red flag” situations where spinal surgery may be the most suitable option. The decision will never be taken lightly but sometimes it just can’t be avoided. However, with techniques available today the results can be very impressive and major quality-of-life improvements can be expected.”

New joints can mean a new life
As we get older we all complain about ‘creaking’ joints and the inability to do things we could do ‘when we were young’, according to Mr Callum McBryde, a consultant surgeon specialising in hip and groin problems.

He warns that putting off surgery can often cause problems in other areas of the body. For example, if you are limping because of a pain in your hip this usually means you are putting pressure on other joints, such as your back, as you change the way you walk.

“People should let their pain and not their age be a factor when they are considering joint replacement surgery. Pain is the way your body tells you that something is wrong – the problem is too many people ignore the warnings and ‘battle through’ ” said Mr McBryde.

“It may be that the pain can be managed or that a course with a physiotherapist could be all that is needed but the important thing is to get it checked out, first by your GP and then with an X-ray, and sometimes a scan is required. Putting up with pain just isn’t a sensible option and it is best to be given a diagnosis and treatment plan.”

Sometimes people simply stop physical activity to avoid the pain of damaged joints which could then cause other health issues.

“Your heart and lungs need exercise in order to function properly and you may also find that you put on weight because of your lack of activity. A new hip really can give you a new lease of life. Suddenly walking becomes not only an option but an enjoyable option.

“These days joint replacement surgery has a fantastic success rate and people really can get back to doing the things they loved. Many of my patients who were in their 50s and 60s had given up golf or tennis because of joint pain are now back in action following successful surgery.

“Depending on your age and general fitness, running and other sports are also possible after treatment– why should a patient’s lifestyle be affected by a painful hip joint when so many treatment options are available?” said Mr McBryde.

Robotics, the future for hip and knee surgery
There can be few forms of surgery that have developed so dramatically over the past 20 years as that of knee and hip replacements.

The Mako system uses CT scans to generate an exact model of the patient’s knee or hip. That information is then fed back through the robotic arm allowing the surgeon to determine how much bone to remove and also to ensure accurate alignment and achieve optimum soft tissue balancing.
If the robotic cutting tool is passed over a part of the joint that doesn’t need removing then the cutters automatically stop, not starting again until it reaches parts mapped out for removal. Once the bone is removed the Mako then assists the surgeon as to where to place the implant to achieve the most accurate fit possible.

Mr Arbuthnot, who has now been working with the Mako system for over a year, said: “I think the introduction of Mako has put Spire Little Aston at the cutting-edge of joint replacement surgery.

“It allows me to consistently optimise implant placement which, in turn, gives the patient a more natural-feeling knee. It should also mean a quicker recovery time and much reduced post-operative pain.

“The best type of joint replacement is one that lets you forget you actually have one and I really think Mako enables surgeons to meet that goal.”

Mr Arbuthnot, who has a special interest in knee injuries caused by playing sports, is quick to point out that it isn’t just the elderly who can benefit from surgery.

One of the more frequent sports-related injuries he deals with is the Anterior Cruciate Ligament (ACL) the ligament stabilising the knee during the twisting and turning movements that people in most sports would carry out.

“While minor injuries to the ligaments down the sides of the knee (collateral ligaments) are common and can usually be managed with a non-operative strategy, an ACL rupture would almost always need reconstruction surgery, especially if the patient planned a return to sport.

“There are various reconstruction techniques – the one I prefer, is to use hamstring tendons taken from the patient to produce a new ligament. This is then passed across the knee joint where the original ligament was, and held in place to give a stable knee,” said Mr Arbuthnot.

If you would like to book an initial outpatient consultation to discuss your particular pain, please call our Private Treatment Advisors on 0121 514 7084 who are ready to help.