The world’s best-loved musical is back and starring very special guest artist – Peter Andre as Teen Angel and Vince Fontaine.

Peter Andre talks to the Regent Theatre, Stoke-on-Trent about returning to this ultimate musical classic.

The Grease tour had to be put on hold last year because of coronavirus restrictions. What are you most looking forward to about finally being back on the road?

I’m looking forward to everything, especially because everyone is going to be so happy being back at work – and that doesn’t include us on stage, it’s everyone from the lighting guys to the sound guys to the people who work in the venues. The atmosphere is going to be, excuse the pun, electrifying. I want to make up for lost time and make sure that every single show is going to be immense fun!

It’s such an uplifting, feel-good show. Is that what audiences are craving right now?

Absolutely. There’s still so much uncertainty, with new variants and what have you, and we’ve learned to accept that we live in incredibly uncertain times and we have to make the most of everything. We’re going to be so grateful to be performing and I believe audiences are going to be so happy to be back in a theatre. I’m sure I can speak of anyone who is going back on stage after all this time in saying how exciting it’s going to be. And Grease is such a great show to put a smile on people’s faces.

You played Teen Angel in the 2019 tour and now you’re also doing double duty as Vince Fontaine. What are the logistics of playing dual roles?

[Laughs] I may even be doing a third role, namely a police officer, depending on whether or not I can get changed on time. The more characters the better for me. Each one of them has a different accent, so I get to do different dialects, and it’s good to be acting as well as singing. With Vince Fontaine and Teen Angel it’s very quick change but I love the energy of that. There’s just one song, which I’m not in, during which I have time to get out of one outfit and into a completely different one, with the wig and everything. But it’s really good fun.

There are so many iconic musical numbers in the show. Do you have a favourite to perform?

Even though my main song is Beauty School Drop-Out, I also get to sing Grease with the rest of the cast and that’s such a great, iconic song that really gets everyone going. 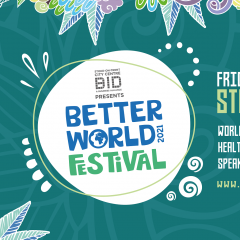 Are you comfortable in 1950s fashion?

Love them! And it’s amazing how many things come back in fashion. OK, flares tried to make a comeback and my wife wears flares and they really suit her, but for guys flares haven’t really kicked off again – not that they’re from the 50s, of course. I do love the big 50s hair, though. Nowadays you don’t want to look too vain so for guys it’s short-ish hair but back then it was all about the quiff and the DA, and I love that.

Since it premiered in 1971 Grease has proven such an enduring musical both on stage and film. Why do you think that is?

Everybody loves it. For me as a child there were two movies I watched again and again – and those were Back to the Future and Grease. What’s interesting about the theatre version is that it’s the original script, not the one we know from the movie. It’s still the same songs and still pretty much the same dialogue, but some of the songs are in different places and in the original script Sandy is dark-haired and from America, not blonde and from Australia. And everyone can relate to being a teenager, whether that’s from a nostalgic point of view or if you’re a teenager right now. There’s a glamour to the teenagers in Grease, though, and that’s another draw; it’s set in sunny America whereas you might have grown up in wet and windy England.

How does it resonate for audiences today?

I think it’s what we as teenagers always wished our high schools were like. And it appeals to all ages. When I said to my kids Junior and Prince ‘Let’s watch the movie Grease, it’s brilliant’ before I went on stage with it they were like ‘No thanks, it’s not our type of thing’. Then they came to see me in the show one night and suddenly they were like ‘We love this, let’s watch the movie’. It’s come full circle. The new generation see the stage show and then go and watch the movie, whereas the old generation have seen the movie and now they want to go and watch the stage show.

You made your musical theatre debut in the 2019 production. What took you so long to getting around to doing it?

It was just something I never thought of doing, ever. It’s the same when people ask me ‘Why didn’t you audition for Home and Away or Neighbours?’ but, although I loved them, it just never appealed to me. I feel to proud to say that I sold out the likes of Wembley Arena and The O2 over three decades and now there are all these other things I get to do that I’ve never done before – like feature films and stage shows. Acting is something I studied as a kid and I love doing something that combines acting, singing and dancing. Back in the old days, if you wanted to be an actor you had to learn how to sing and dance and if you wanted to be a singer you also learned how to act and dance. Now a lot of kids are like ‘I want to be a singer’ and that’s it. In the olden it was all about performance. You would go and see artists like Michael Jackson, Prince or Madonna and it was all about the show – the dancing, the singing, the drama. Getting to do all three with a show like Grease is brilliant.

You made your professional debut as a contestant on Australia’s New Faces when you were just 16. Did you ever imagine you’d have such a lasting career in entertainment?

No, but I’m so grateful I’ve had this career and I never take it for granted. I remember being on tour with Bobby Brown as the opening act in Australia and at the time he was the biggest R&B star. There I was on stage with him and he was a megastar to me. I thought he’d be going for ever and I’d just have my five minutes of fame, so I look back and think ‘I would never in a million years have expected to have had all this’. I feel very lucky and luck does play a big part in it, as does staying with the same people; I mean, I’ve been with my manager for 30 years now. I think loyalty and keeping friends in the industry are definitely part of it.

What’s the one thing you couldn’t be on the road without?

I guess my phone. I know that’s a typical thing to choose but FaceTime is such a wonderful thing. I ring my mum and dad in Australia every single day, bar the odd day here and there. Also I used to say my coffee machine was a must-have on tour, but nowadays there are so many great coffee shops. I need that caffeine! I do drink tea at night but I’m a coffee man during the day.

Tickets are now on sale for Grease at the Regent Theatre. www.atgtickets.com/shows/grease/regent-theatre 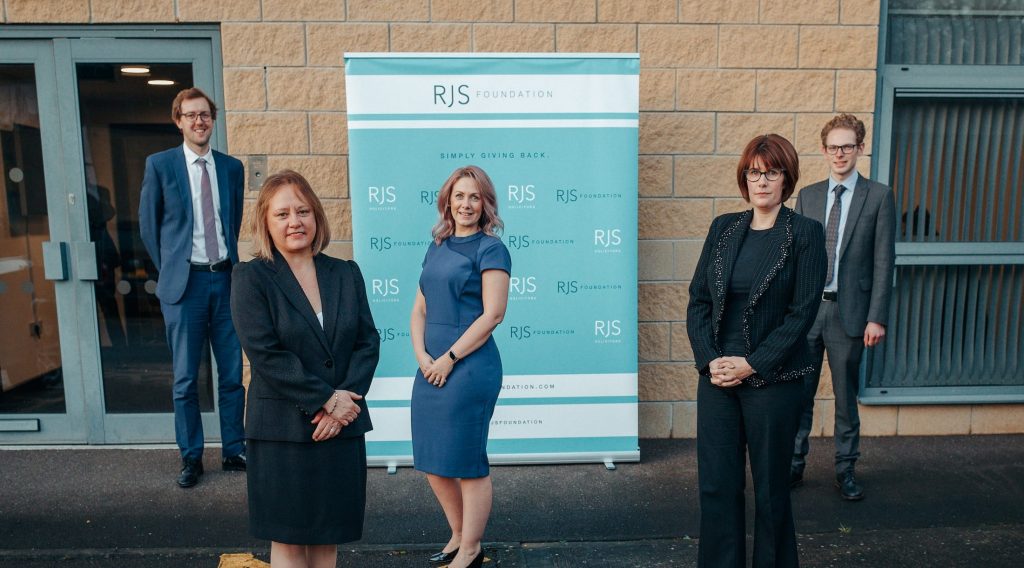 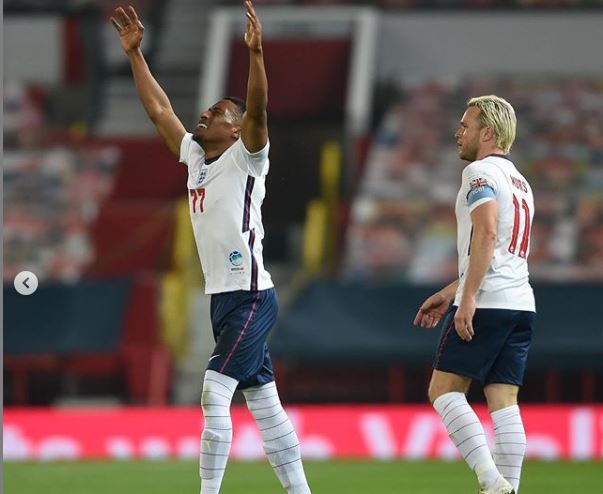 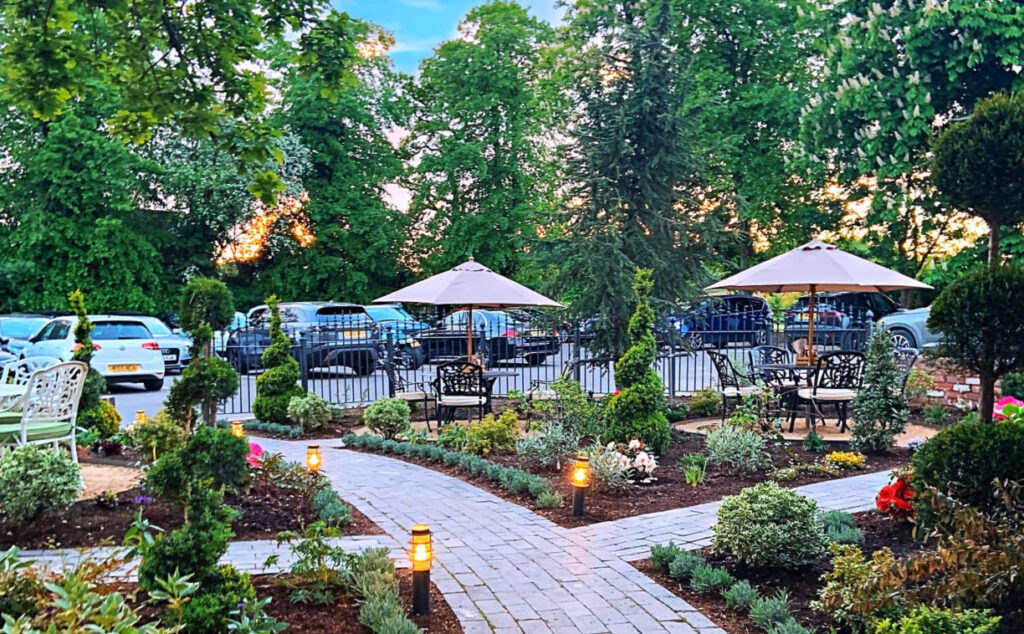