The Birmingham 2022 Queen’s Baton Relay will visit the region during its final journey to the Commonwealth Games.

Birmingham 2022 is hosting the 16th official Queen’s Baton Relay – a journey which brings together and celebrates communities across the Commonwealth during the build up to the Games.

The Queen’s Baton Relay will provide the opportunity for communities to experience the excitement for Birmingham 2022, as the 11 days of sport draws closer.

The Queen’s Baton Relay is set to travel the length and breadth of England for 29 days, before culminating at the Opening Ceremony for Birmingham 2022 on July 28.

Kicking off on June 2, the Baton will spend four days in London, coinciding with the Queen’s Platinum Jubilee Weekend.

On July 18 it will arrive in Stoke-on-Trent and Newcastle under Lyme, before heading to Staffordshire Moorlands and then Stafford and Stone on July 19.

On July 20 it will visit Lichfield and Tamworth before arriving in Codsall and Cannock Chase on July 23.

Each of the areas will be hosting events during the relay.

During its time in Stoke-on-Trent, the Queen’s Baton Relay will visit World of Wedgwood and The Potteries Museum & Art Galley and will experience a celebration event at Hanley Park.

In Stafford the baton will travel from Stafford Castle to Victoria Park, where there will be lots of celebratory events on. It will then travel to Stone, with the baton relay leaving Westbridge Park and finishing at the canoe club.

While in Lichfield it will head to the National Memorial Arboretum near Alrewas, Kings Bromley, Lichfield city, Burntwood, Chasetown and Chasewater.

During its time in Tamworth, the Queen’s Baton Relay will visit the Sacred Heart Church, The Rawlett School and Tamworth Castle Grounds. There will be a mini community games at the church, a celebratory display by pupils at The Rawlett School and a Singing for Fun performance at Tamworth Community Together CIC in the Castle Grounds. It will be followed by a free evening of entertainment in the grounds including stage demonstrations, community games, sports performances, singers and tribute acts.

Codsall Middle School will host the baton with a sports festival featuring a series of sporting activity from local school pupils and community sports clubs. The relay will conclude at Codsall Community Hub.

During its time in Cannock Chase District, the Queen’s Baton Relay will visit the towns of Rugeley, Hednesford and Cannock and activities will reflect the community spirit across all three towns, as well as the District’s proud mining heritage.

Members of the public are encouraged to get involved with the celebrations and embrace the arrival of the Baton, taking the opportunity to experience the buzz of Birmingham 2022 in their community.

The Birmingham 2022 website will be updated with information over the coming months, with detail on the events and where to line the route.

“We’ve planned some fantastic activity to celebrate the arrival of the Queen’s Baton Relay and we would love to see our community get involved in the excitement and provide a warm welcome to the baton bearers.”

Thousands of Batonbearers, each with inspiring backgrounds and stories, will have the honour of carrying the Baton during the journey through England, including those nominated in recognition of their contributions to their local community, whether that be in sport, education, the arts, culture or charity. Between 40 and 130 Batonbearers will carry the Baton each day, and the Relay will reach hundreds of villages, towns and cities during its tour of the country.

One of the confirmed community Batonbearers in West Midlands is Mark Maloney, who was nominated for saving a small boys life. Without any thought for himself, whilst on a company outing/meeting he dived into the River Thames. Mark had been training for triathlons and the Ironman contests which meant he was able to keep his head above the fierce current and grab the boy before he was swept away.

He said: “For over 20 years I’ve taken part in numerous sport events and physical challenges to raise money for various charities. As someone who lives in the area, it is truly an honour to be selected to be the Batonbearer for the Stoke-on-Trent leg of the Queen’s Baton Relay and I can’t wait to represent my city.”

Travelling via land, air and sea, more than 180 communities in England will experience the Queen’s Baton on a route spanning 2,500 miles (4,000 kilometres). From energetic cities and historic market towns, to rolling countryside and rugged coastline, the Baton will head as far south as Cornwall and as far north as Northumberland.

The Birmingham 2022 Queen’s Baton Relay began at Buckingham Palace on 7 October 2021, when The Queen placed Her Message to the Commonwealth into the Baton and passed it to four-time Paralympic gold medallist Kadeena Cox, who had the honour of being the first of thousands of Batonbearers to carry the Baton.

Since then, the baton has visited Commonwealth nations and territories in Europe, Africa, Oceania. It still has further destinations in the Caribbean, the Americas, and more countries in Europe, including the Home Nations consisting of five days in Scotland, four in Northern Ireland and five in Wales, where it will finish on Sunday 3 July, before returning to England in summer for the final countdown to the Commonwealth Games.

Phil Batty, Director of Ceremonies, Culture & Queen’s Baton Relay, said: “Whilst the Baton has been travelling across the Commonwealth, we have worked closely with Local Authorities in England to devise a route that engages with hundreds of communities, passing sport venues, historic sites, local schools and Areas of Outstanding Natural Beauty. Yet the Queen’s Baton Relay is far more than just a journey. It symbolises connecting people from every corner of the Commonwealth, celebrates Batonbearers who take on challenges, and marks the countdown the biggest sporting event in West Midlands history. And by the time the Baton returns to England for the final leg, 71 nations and territories will have already experienced the magic that comes with it.

“We hope that communities across the country join the excitement, attend events near them, line the streets to cheer on our incredible Batonbearers and celebrate the Birmingham 2022 Commonwealth Games.”

Commonwealth Games Federation President Dame Louise Martin DBE said: “The Queen’s Baton Relay symbolises hope, solidarity and collaboration across the Commonwealth at a time when it is needed most. It continues to inspire people wherever it goes and creates huge excitement for Birmingham 2022 as it journeys towards the Commonwealth Games Opening Ceremony on July 28.”

Throughout May, the Queen’s Baton Relay continues its journey through the Caribbean and the Americas, with visits to St Kitts & Nevis, Antigua & Barbuda, Bermuda and Canada, amongst others.

The Queen’s Baton for Birmingham 2022 was created in a West Midlands collaboration that fused art, technology and science. Made from copper, aluminium and steel, the Baton also features a platinum strand in homage to The Queen in her Platinum Jubilee year. It is also equipped with cutting-edge technology; 360-degree camera, heart rate monitor, atmospheric sensors and LED lighting. 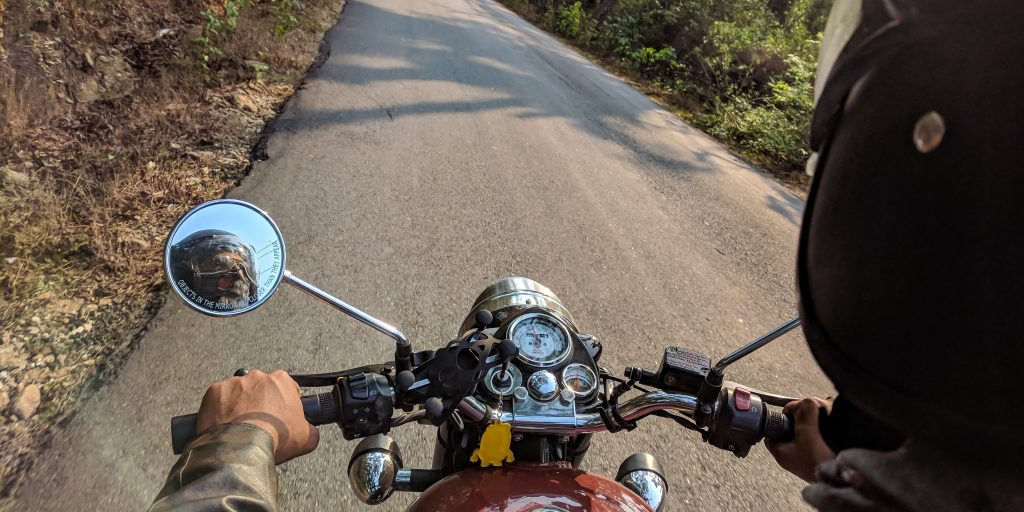 Lifestyle
Get on your bike for safety sessions

You
How to be more mindful in every day life

Interiors
How to create a functional spare room